The youngsters will ride in green until 2024

The young cyclists will be part of the pharmaceutical team until 2024 as it shows the team’s “bet on continuity”, according to Juanjo Oroz, Equipo Kern Pharma’s general manager. “They have showed that they want to keep moving forward, which is important for us, as we want to build a great team”, states Oroz.

In Juanjo Oroz words, Equipo Kern Pharma will be “more organized in 2023 because the roles have been stablished”. “We trust in these eight riders and their role will be no other than to seek for the team’s interests”, adds, at the same time that confirms that, for the project, “the group is more important than individual achievements”. 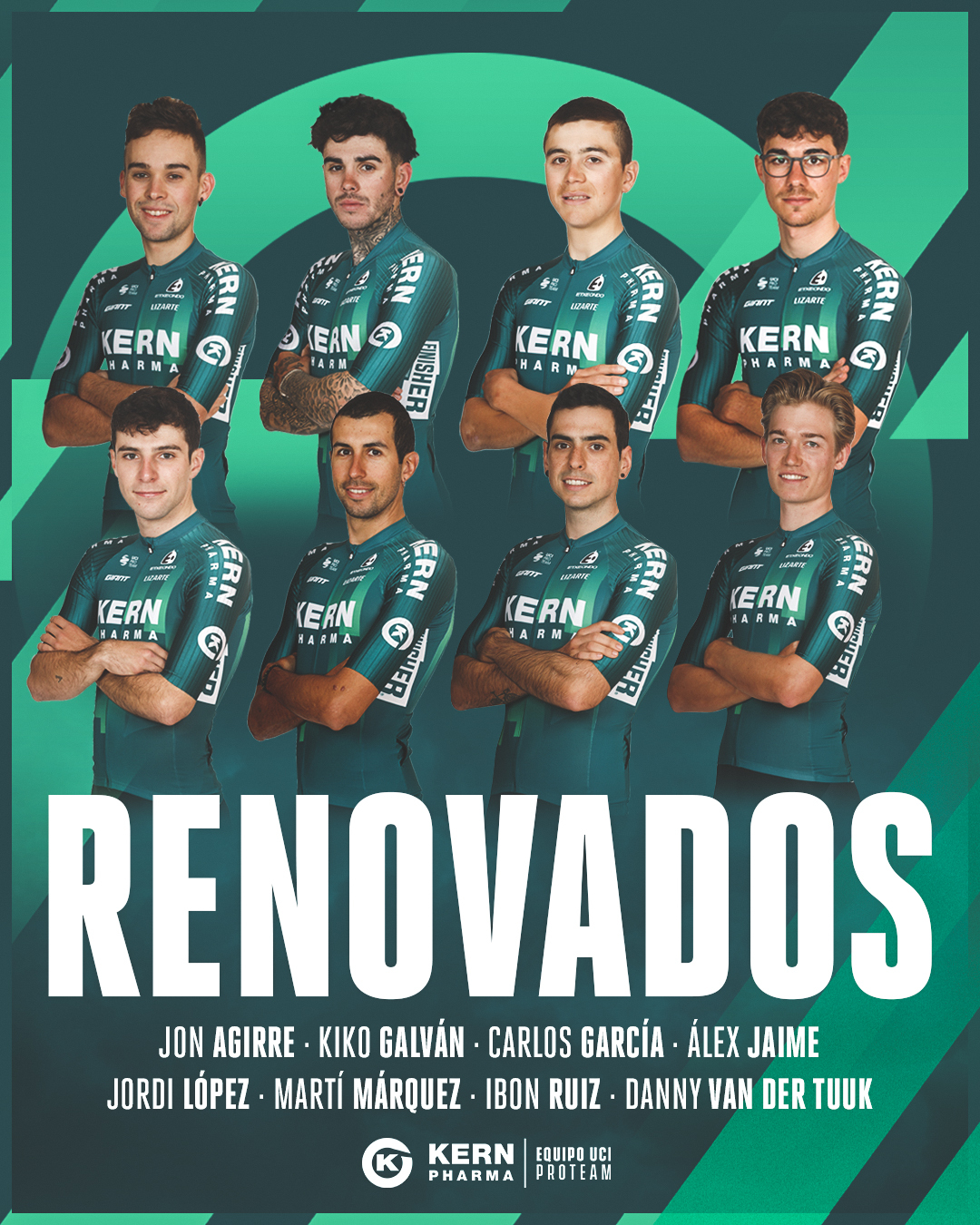