The Italian rider will race for the team from September

Equipo Kern Pharma welcomes Giovanni Carboni, with whom has signed a two-year deal that will start this September. The 27 years old rider will end the 2022 season racing for the pharmaceutical team.

Giovanni Carboni (Fano, 1995) made his debut as a pro in 2018 with Bardiani-CSF. After four seasons, the Italian signed a new contract with Gazprom-RusVelo that ended last March due to the team’s dissolution. Since then, Carboni has been racing with Italy National Team.

The new Equipo Kern Pharma cyclist got his first win as a pro at the third stage of Adriatica Ionica Race this year. Furthermore, Carboni has participated three times at the Giro d’Italia and has international experience.

“He wanted to be part of Equipo Kern Pharma”, says Juanjo Oroz, general manager and sports director. “Carboni is a complete rider that knows how to win and that has shown that he can be with the top riders. He will bring the team lots of experience because he’s a good rider that can defend himself in a breakaway”, considers Oroz. 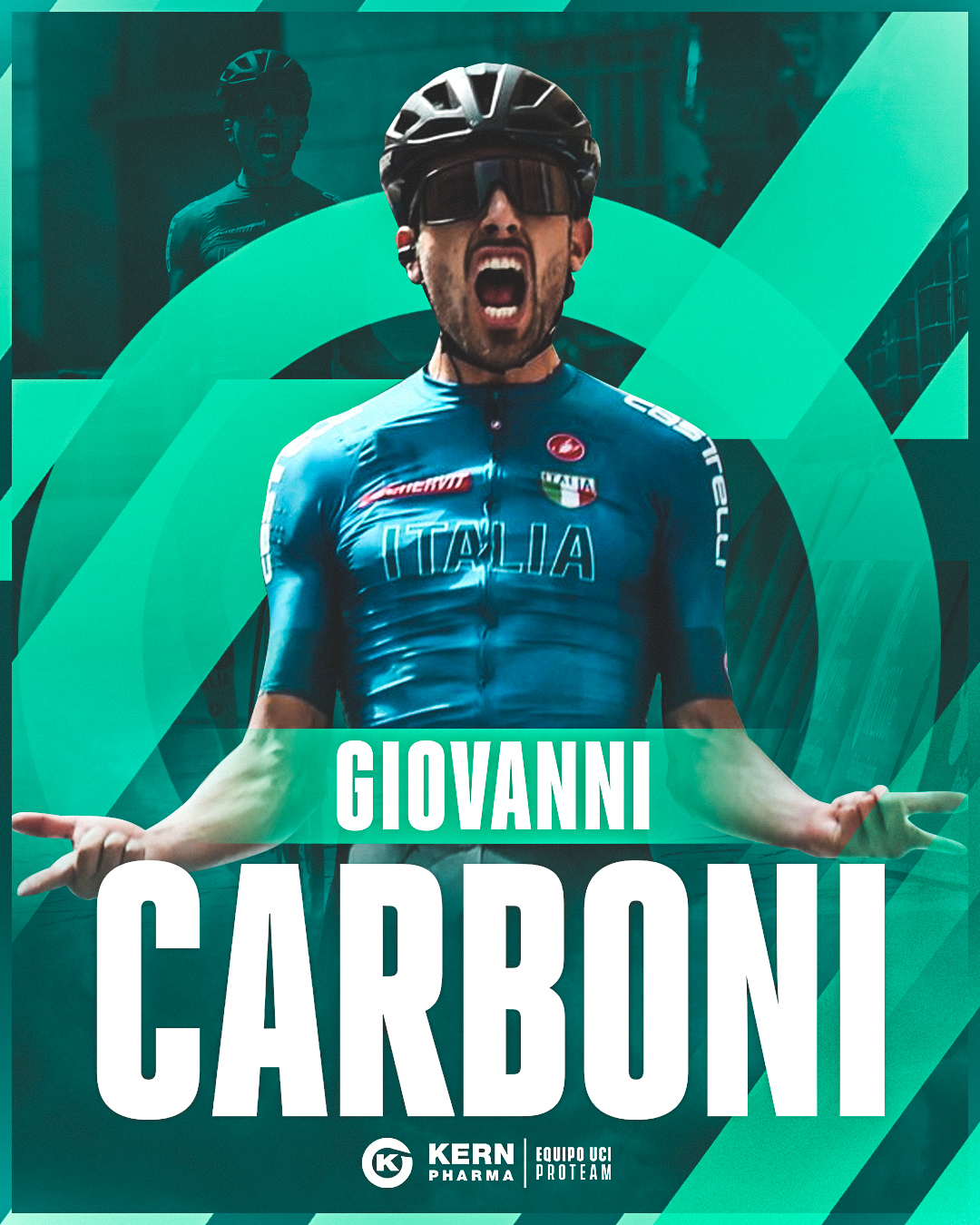 About his immediate start, Juanjo Oroz states: “If we wanted the best for him and for the team next year, he would need to end the season racing”.

Giovanni Carboni things that being part of Equipo Kern Pharma will be “a new beginning after a difficult year”. “I’d like to contribute from the start. I think it’s a team that takes care of the riders so they can give their best”, adds.

The Italian cyclist, who sees himself as a “climber”, thinks that Equipo Kern Pharma is the place to be. “I lost one year because of the COVID-19 and another year because of the dissolution of Gazprom-RusVelo, so I couldn’t show my best self”, ends.