After solid performances on Wednesday’s opening team time trial and Friday’s summit finish to La Planche des Belles Filles, José Félix Parra went on a powerful breakaway on the lumpy fourth stage from Ribeauvillé to Lac Blanc. Parra attacked at the bottom of the final climb, reaching its top 43” ahead of Heinschke (DSM) to grab the yellow-and-white leader jersey.

The closing stage between Mulhouse and Berrwiller was a completely different challenge. Its technical and flat course favored big engines over lighter builds such as Parra’s. The Spanish rider was well-supported by its Equipo Kern Pharma teammates and managed to reach the finish line without any significant time loss to secure the GC win. The pharmaceutical outfit did also win the team classification.

“I’m very proud I’ve won the Tour Alsace,” says José Félix Parra. “There are astonishing names on its palmares, like Wilco Kelderman (2010), Thibaut Pinot (2011), Max Schachmann (2016) o Tom Pidcock (2019), and putting mine down on that list is fantastic. Above all, I feel very happy I’ve done it along with my teammates. I couldn’t have done it without their support.”

José Félix Parra (1997, Ossa de Montiel – Albacete) is a genuine Equipo Kern Pharma rider. He joined its feeder team Equipo Lizarte from Fundación Contador’s junior squad back in 2016 and completed his full stint as an U23 in pink colors. Top10 placings in prestigious events such as the Giro della Valle d’Aosta or the Giro d’Italia U23 highlighted his climbing and stage-racing prowess – yet he failed to win any race. It took him six years, since his last victory as a junior rider up to this weekend, to finally raise his arms in celebration again.

“We are over the moon,” says Equipo Kern Pharma’s Team Manager and Sports Director at Tour Alsace, Juanjo Oroz. “José Félix Parra has deserved a win like this for ages. This is the culmination for many years of hard work. We are finally reaching that point we were yearning for, on which many of our talents are ready to land breakthrough performances. We are making our dreams and expectations come true.”

Another argument for happiness within the pharmaceutical team was the team’s performance at Prueba Villafranca – Ordiziako Klasika (España, UCI 1.1, 25/07). The squad directed by Pablo Urtasun controlled the race for Roger Adrià to fight for the win in the final kilometres. The Catalan rider was up to the task and did indeed finish on the podium, being third to Luis León Sánchez (Astana-PremierTech) and Juan Ayuso (UAE Team Emirates) in the deciding sprint. 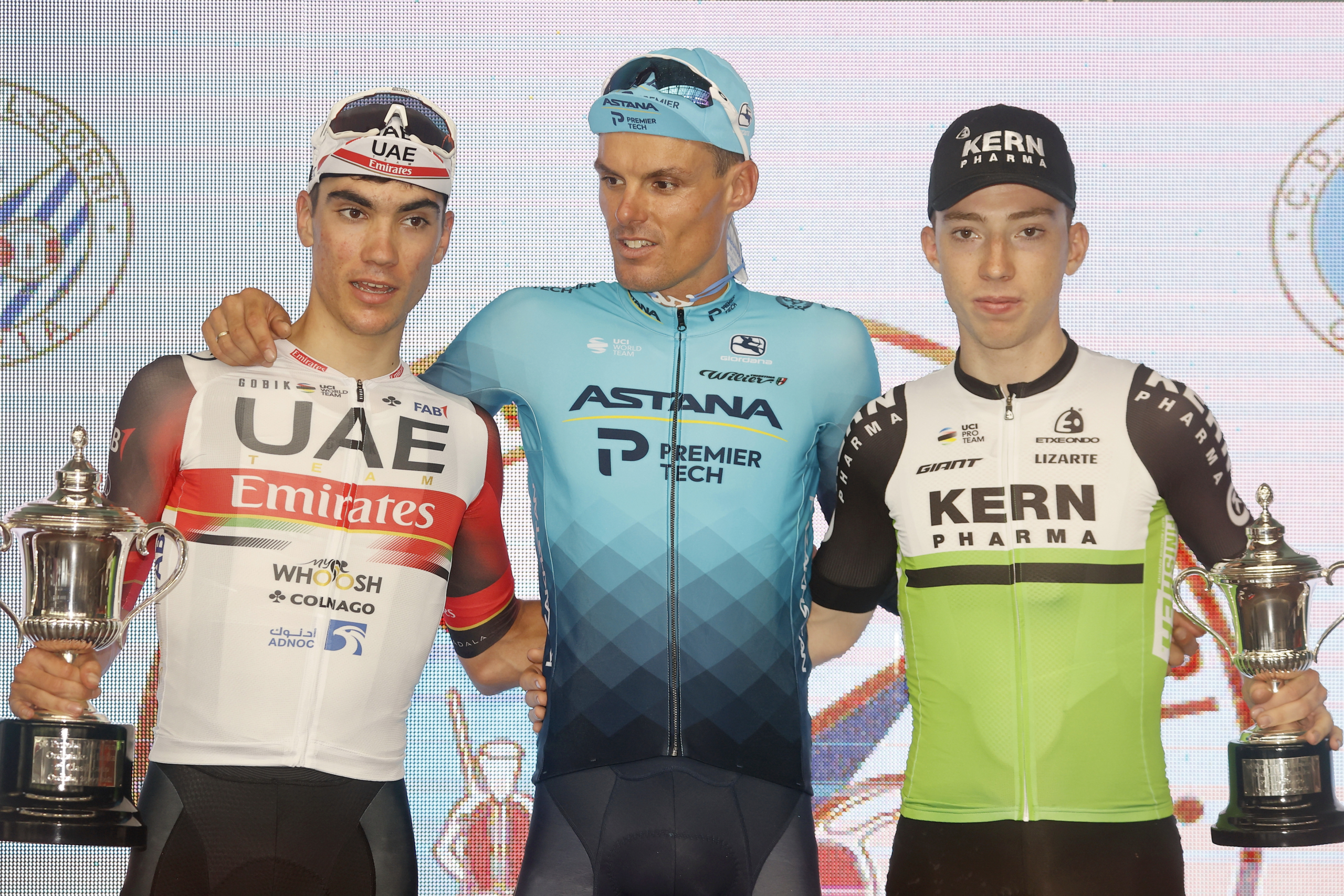