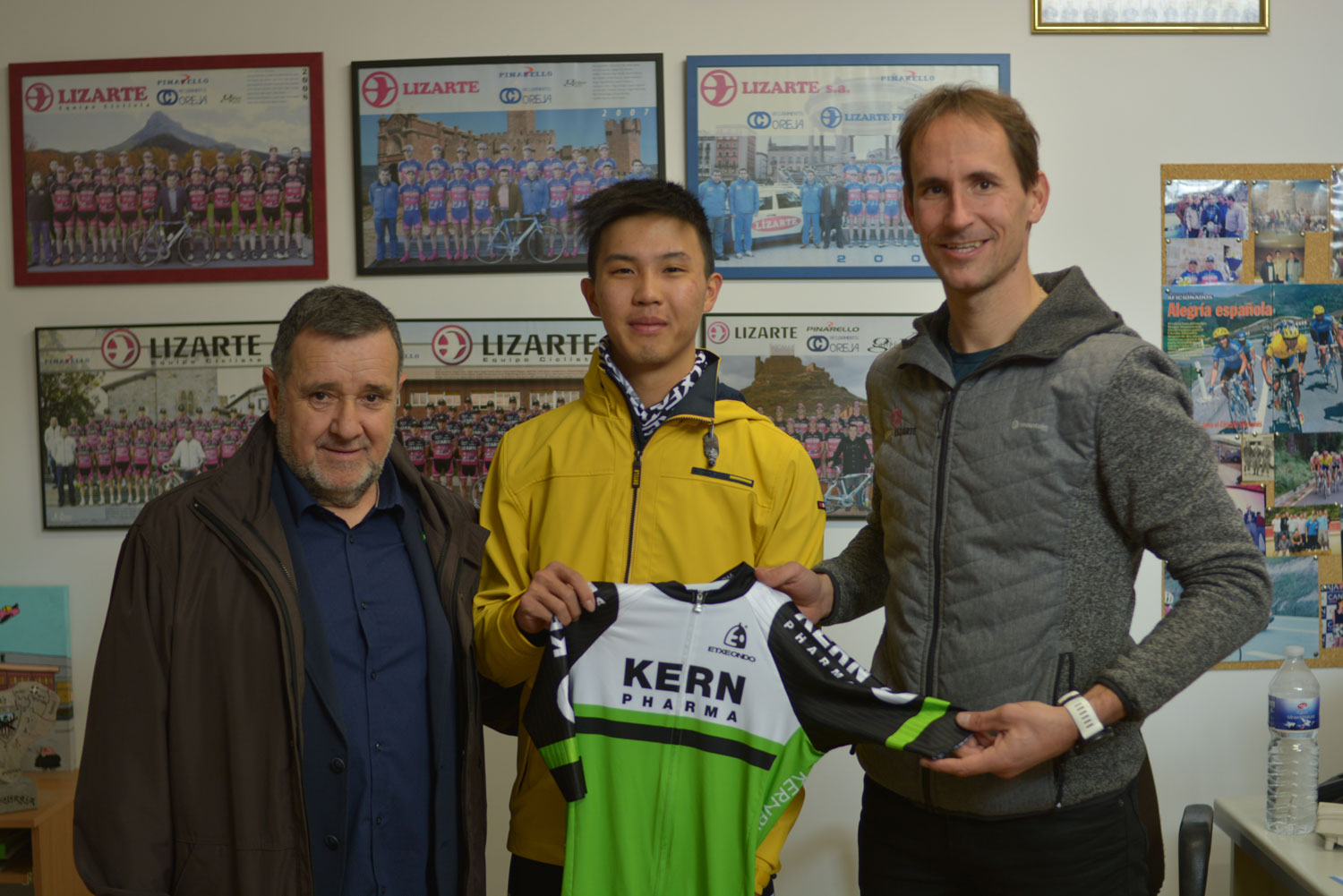 Equipo Kern Pharma has expanded its roster for its maiden season as a professional squad by signing a 14th rider, Taiwanese cyclist Sergio Tu.

Sergio Tu joins the new Spanish UCI Continental outfit from CCC Development Team. He was the runner-up at the latest U23 Asian Championships ITT, showing his talent for the flat.

Most Chinese-speakers have to translate their first name into Occidental phonetic when they change countries, but that isn’t the case of Sergio Tu. He was born in the Dominican Republic, where his father had a photo lab, and therefore given a Spanish first name at birth.

Being 8 years old, Sergio Tu moved back to Taiwan, where his family roots are. Age 15, he undertook a cycling career that brought him to Europe three years later. The Taiwanese rider has completed his U23 phase in prestigious development teams like Giant Scatto (2016-17), Sunweb (2018) and CCC (2019).

“It has been a huge learning process,” he describes. “On the personal side, I’ve learned to live by myself and to communicate abroad. On the performance front, I’ve gained experience and reached a decent, stable level.”

“I think joining Equipo Kern Pharma is the perfect next step for my career. I like the idea of growing along with the team. I am ambitious and want to deliver results in the future, but I am also looking forward to work for my teammates and to improve with them.”

Equipo Kern Pharma is a new UCI Continental team created by Asociación Deportiva Galibier, an entity best know for running Equipo Lizarte, one of the oldest and most prestigious development squads in the Spanish amateur scene. Over the years it has nurtured the likes of 60 professional cyclists. Amongst them are Tour de France podium finisher Joseba Beloki, Costa-Rican ace domestique Andrey Amador or Spanish up-and-coming stage race contender Marc Soler.

“We understand cycling as a global sport,” says Juanjo Oroz, Sports Director at Asociación Deportiva Galibier. “Sergio Tu will help us introduce ourselves in Asia. As a cyclist and as a human he ticks all the boxes: he is young, he is a hard-worker, and he wants to thrive. Plus, his sporting profile fits into what our 2020 roster needs as he can be of great help on the flat.”